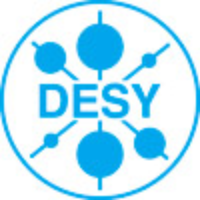 Supernova remnants (SNRs) and pulsar wind nebulae (PWNe) have long been considered potential sources of Galactic cosmic rays. Radiating from the radio band to gamma rays, these objects are ideal to study particle acceleration at relativistic/non-relativistic shocks. In particular, spectro-morphological and multi-wavelength analyses allow one to probe the populations of high-energy particles (leptons or hadrons) and hence to understand the nature of the gamma-ray emission. First, I will present a Fermi-LAT analysis of the composite SNR G326.3-1.8 which allows for the separation of the PWN and SNR contributions. Using a one-zone model, I will emphasize that the SNR spectrum is best explained by a model involving hadronic processes, based on information at other wavelengths. Second, I will present a method - in progress - which aims to constrain the nature of the unidentified sources in the H.E.S.S. Galactic Plane Survey. Through a multi-wavelength data mining, such a tool should be helpful in the perspective of the next generation gamma-ray observatory (CTA) which is expected to reveal several hundreds of TeV sources along the Galactic Plane.